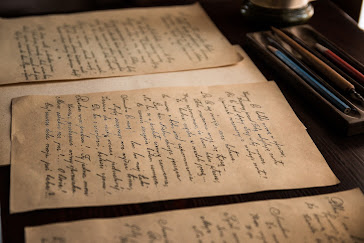 You might think that Children depend on their parents for almost everything, but parents depend too. If a parent says ‘Yes’ to their demands, then the parent is good and caring, and if  they say ‘no’ then the child thinks he has been adopted or  his/her parents want him to suffer, they don’t love him and … huuu. Let me control here for now.

Look, son, now you are becoming a father and have my advice. Don’t let your child mingle with bad people. Don’t let him make friends who are not good. His friends will determine the path he will lead himself to.

I knew a boy, who was the same age as me, and we both were good friends too. His name was Owais. His father was a well-known trader and everyone in the great city of Kunduz knew his name.

At that time Abbasid dynasty was in its glory. It was from Spain to Hind, with different people, different cultures, and religions living all together in harmony. I remember that day when Owais came to me and said that he is leaving with his family to the city of Bagdad. His father was moving there for some trading purposes.

I tried to convince Owais not to leave me because I had no other friends here to play with, but Owais replied, “I am only eleven Ali, my parents won’t leave me behind.” Then he pulled a kite out of the bag he was carrying and said, “come… let us race to the Shajar (Tree)”

We both raced to our favorite spot, where we would always lay on the branches of the tree and tell stories to each other, and sometimes we used to fly kites too.

As always, I won the race and sat on the lower branch of the tree, waiting for Owais who was far behind.

“I improve as you improve.” Then I looked to the kite he was holding in his hand and I asked him, “Why did you bring the kite, it is not even windy today.”

“I am going to tie this kite to this tree. In case you make any new friends, you can untie it and play with them and if you don’t, we will fly it together after I come from Baghdad.”

So, we tied the kite and spent the rest of the time playing on the branches, waiting for the sunset. “Come with us Ali, I will tell my father to convince your uncle.”

“No Owais, thank you, but my uncle won’t allow me,” I replied not knowing that I was never going to see this person again in my life.

The next day, they left for Baghdad.

The first thing his father did was he admitted him to a good school in Bagdad. There Owais made new friends. But none of these friends was like me to him. No one ever talked to him about kites, no one raced with him, and no one ever listened to him because Owais knew nothing apart from kites. His friends would leave him alone whenever there was a call to prayer. They all would go to Masjid to pray and Owais would always feel alone in a city as big as Bagdad. One day he said all of this to his grandmother.

“You say you feel alone when Allah is calling you? Why don’t you join his divine company? After all, he knows you more than you know yourself.”

“But Bibi Jan (Grandma), I have nothing to talk to them. They always talk about religious issues.” With tears dropping off his cheek, Owais proceeded, “I feel like these are not my friends, but people I just know names of. Please bring Ali here.”

“Look Avlaad (Son), If he had parents, they might have allowed it, but his uncle won’t. I know his uncle is a good man, but his concern would also be the talk of the town. Won’t everyone gossip that he treated Ali as a burden and that is why he sent Ali to us?” Then her grandma held Owais’s hand in her hands and proceeded,

“Avlaad, a new environment is like a river. When you are new in here you are that stone with which this river is dashing every moment to break it. If a society is not righteous, be that stone and let this river dash you until it changes its path, but if the river is pious and righteous, be a drop to flow with it. Toady’s Bagdad is a pious society. They are God-fearing people and be like them. Understand them and talk like them. Talk what they talk. Know more from them. Make everyone your teacher and look how everything will be as beautiful as you have never seen.”

Maybe these were the words that were going to define Owais as a person. He was a young kite runner who knew nothing more about the world he was in. but now, he was going to change.

He began to listen to his friends and remember what has been said. In three years, he grew a lot. He was now the most knowledgeable person in his friend circle and now it was his time to speak. Now everyone was listening to him. In just 13 years, he achieved something that was not possible to achieve even in 20 years. He loved the change he had gone through.

At the age of 26, he became the Al-mufti-al-Azam (The grand judge) of the empire which was spread from Spain to the Hind on three continents of Asia, Africa, and Europe. He became from Owais to what the world knew him as Owais Ibn Adbus-Shafi Al-Mufti-Al-Azam. He was above all the knowledgeable people and his order was like the order of a king.

After 30 years of his departure, Owais came to visit me. And that day we both untied the kite that he had tied and I had guarded it for thirty years and we raced the kite against the wind. This is how much a company can have an influence on you. May your children be as obedient as you were to me my beloved son.

8 thoughts on “A Father’s Letter”